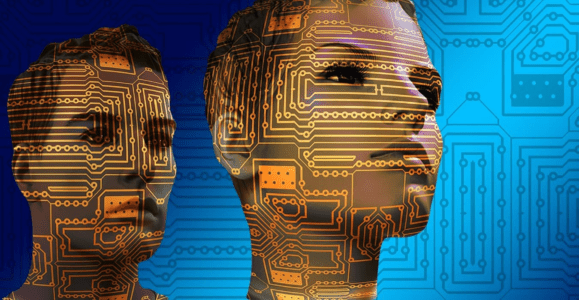 From fitness trackers and heart rate monitors to smartwatches that ‘talk’ to our smartphones, wearable technology has become an intrinsic part of everyday life. But does it really make that much difference to the way we live, or is it just the latest fashion fad?

The wearable tech market could reach 385 million people and change how we consume and use information.

And what about the inevitable e-waste created by our never ending demand for the latest and greatest piece of wearable tech. As the waste mountain grows, will it really be worth it? We may have healthier bodies thanks to our fitness trackers – global spending on health and fitness has surpassed $500 billion – but what about the health of the environment?

From smartphone to smartwear.

Wearable technology isn’t all about fitness trackers. Clothes that double up as smartphones may be nearer than you think.

“In five to ten years, all the little gadgets we have to carry around – like mobile phones, cameras or bracelets – will disappear and everything will be integrated into a garment.” Francesca Rosella, Creative Director at CuteCircuit, London-based wearable technology clothing company

Smart eyewear, such as virtual reality, augmented reality and smart contact lenses are also set to grow in popularity in the industrial, entertainment and gaming sectors, along with the use of smart medical devices, from diabetes sensors and pumps, to cardiovascular treatments and monitoring to skin patches for body area mapping, diagnostic devices and more. There’s even a smart wearable thermometer for kids that constantly streams your child’s temperature to your smartphone. And that’s just the tip of the iceberg when it comes to the billion dollar ‘self-care’ industry.

“The power of wearables comes from connecting our senses to sensors.” Matt Miesnieks, CEO of Dekko

Developments are being made in the production of ‘ingestible’ trackers that can monitor heart and breathing rates from inside the body, and Google is reported to be developing a cancer and heart attack-detecting pill that when swallowed will be monitored by a wrist-worn device.

So it appears that there are many applications for wearable tech that will offer a real benefit to peoples’ lives.

As the wearable technology market grows, there will potentially be millions of new devices that will need to be updated and kept safe from hackers, so the importance of responsible computer recycling has never been more vital, if you want to keep your personal and organisational secrets to yourself, as well as reducing your impact on the environment. So if your company is one that is committed to the ethical recycling of its obsolete computers and wearable technology products, make sure secure and environmentally friendly computer recycling that adheres to proper recycling regulations is part of your consideration, to ensure ultimate data security. It’s also important to be aware that companies are now legally obliged to safely dispose of potentially sensitive information in accordance with current security laws and the Data Protection Act of 1998. Be sure only to use a computer recycling company that operates in accordance with, and preferably exceeds all government guidelines such as the WEEE Directive and the Data Protection Act.

Cloud Migration: A Complete Guide
Read More
Could Metal Waste Be an Alternative Clean Fuel for the Fu...
Read More
The Pros and Cons of Video Conferencing: On the Cloud or ...
Read More
All blog posts