Exploring the History (and Future) of Wearable Tech

With Fitbits and VR headsets all the rage right now, it seems like wearable tech as an advancement has only been around for a few years. However, wearable technology has been around in some form or another for much longer than you might expect.

Take a look at this timeline of wearable tech milestones to see how things have developed over the centuries – yes, that’s right, centuries – as well as a glimpse into where we might be heading when it comes to future advancements and developments.

Although we tend to think of wearable tech as electronic gizmos and devices, they have their beginnings in something as humble and everyday as a pair of eyeglasses. Though their exact origins remain blurry, eyeglasses were said to have been invented around 1290 in Italy. Whatever the exact date and whoever the inventor was, the wearable tech game begins in earnest…

In the early 16th century, timepieces were downsized considerably with the invention of the pocket watch. Said to be invented by German clockmaker Peter Heinlein, these ornamental timepieces were the first to be worn on the body, usually as pendants or worn around the neck. Such practices were said to have come to an end in the 17th century with the creation of that most ostentatious of sartorial choices: the waistcoat. 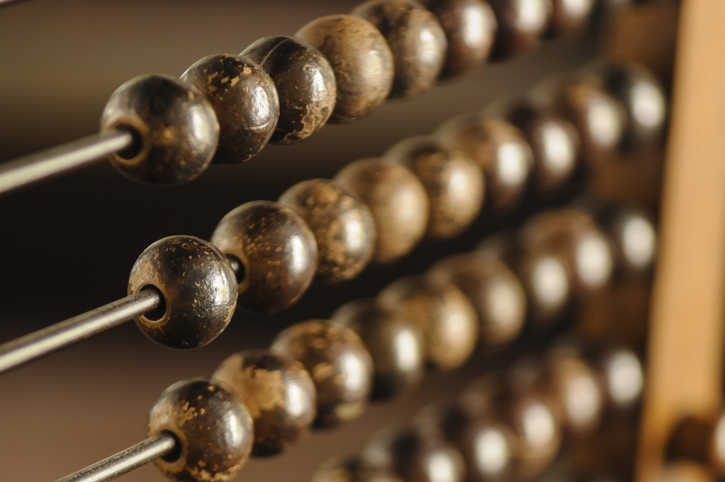 Much like the abacus’ proto-computer origins, the abacus ring is something of a precursor to today’s wearables. Equal parts nerdy and dripping with 17th-century swagger, this elegant Chinese creation, known as the Zhushan, allowed the wearer to carry out mathematical problems without writing – or worrying about it running out of battery.

German inventor Julius Neubronner is responsible for inventing a wearable camera which seemed to resemble a comparatively primitive take on the GoPro. Strapped onto homing pigeons to take aerial pictures, the tiny camera couldn’t shoot videos, but it did have a pneumatic timing mechanism that functioned at set intervals. Attempts to use it for military air surveillance failed, but the invention still brought Neubronner international notability!

When you think of the uses a wearable computer would be invented for, cheating at roulette seems like it’d be pretty low on the list. Nevertheless, the first wearable computer was created for just that, when Edward O. Thorpe and Claude Shannon concealed a timing device in a shoe that could accurately predict where the ball would land on a roulette wheel. Like something out of a movie, the number was then communicated to the gambler via radio waves to great success – Thorpe stated a 44% increase of winning bets. 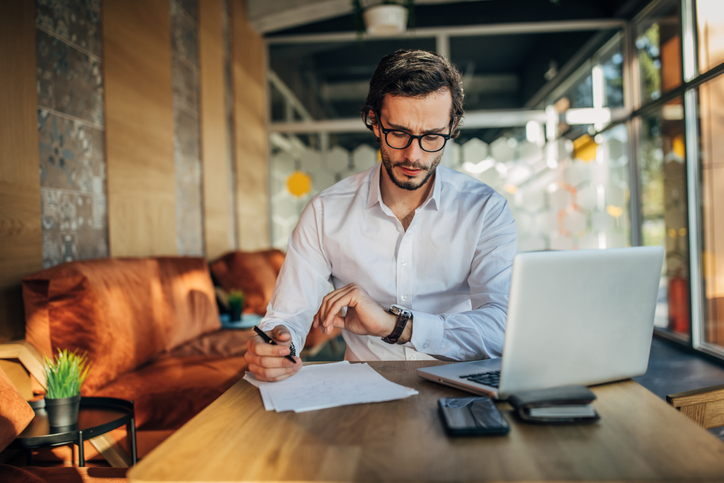 A symbol of 70s excess or a descendent of the abacus ring mentioned earlier? Either way, the Pulsar Calculator wristwatch was a technological advancement that came in – what else – gold and stainless steel. The watch also came with a pen that was used as a stylus to type away at the tiny keys of the calculator.

Before the iPod, Sony ruled the portable music roost with the creation of the Sony Walkman TPS-L2, changing the way we listen to music forever. Carried on the waist for the ultimate in late seventies cred, the new-fangled device came with a built-in mic input, headphones, a nifty leather case, and a second headphone jack. Meanwhile, Sony laughed all the way to the bank – the portable player sold 200 million units worldwide.

Created by Steve Mann – the father of wearable computing – the EyeTap took advantage of the mass production of microchips in the 80s to create a machine that recorded what the user saw through their right eye, while allowing them to see through it at the same time. It could even augment reality with computer-aided visuals and filters! Clunky and primitive initially, Mann managed to trim its bulkiness down over the decades, creating a sleek Google Glass-style headset as a result. 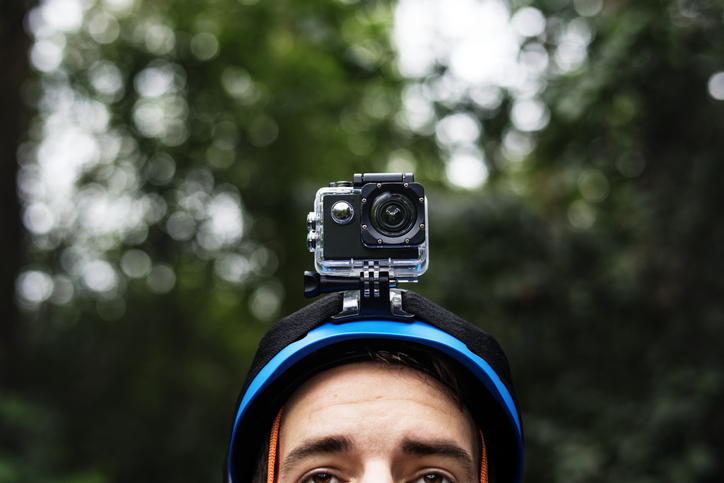 Another step closer to the GoPro, the late eighties saw the creation of the helmet camera. Although similar innovations existed earlier, it was Mark Schulze who took the idea further, creating a system while producing The Great Mountain Biking Home Video in 1987. It was big, it was heavy, it got hot and it needed a backpack to house all of its components, but for the field of mounted cameras, this was an early success story.

Smartwatches needed a few go-rounds before the formula was perfected. Case in point: the Microsoft SPOT smart watch, which was actually the company’s second toe-dip into the timepiece water. Initially, there was some buzz about it, but it flopped on release, with some stating that its subscription-based service, North America-only support and quickly outdated capabilities were behind its failure. A deliciously naff ad featuring Spike Lee probably didn’t help either.

The GoPro as we know it today finally hits the shelves, making literal waves as an underwater camera inspired by creator Nick Woodman’s surfing trips to Australia. Small but durable, the first version of the world-renowned videography giant could actually only take pictures (using 35mm film) initially, but Woodman was obviously onto something. 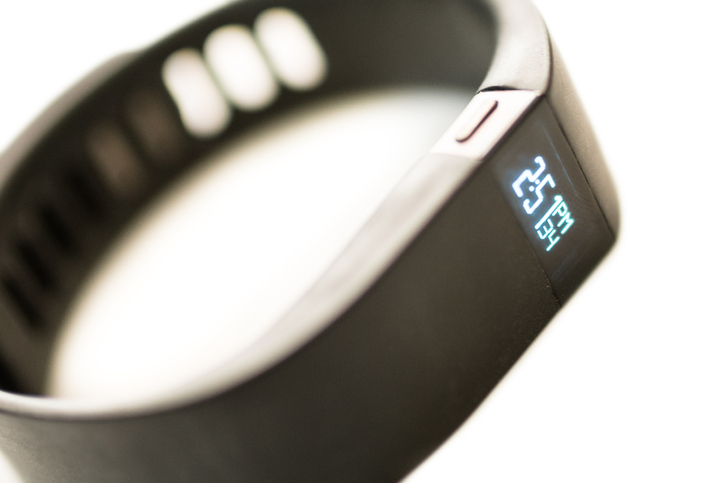 After a few attempts by Apple and Nike, it was San Francisco-based fitness company Fitbit who seemingly snatched first place in the wearable tech/health crossover relay, creating devices that measure data like number of steps walked, heart rate, quality of sleep, steps climbed, and other personal fitness metrics. And with 28 million users worldwide, their creations are clearly in rude health right now.

After the false start of Microsoft’s efforts, the smartwatch world had finally landed with Pebble’s attempt. Created with the help of a (at the time) record-breaking £10.2 million Kickstarter campaign, Pebble’s device did away with this particular piece of wearable tech’s rocky start, allowing Android and Apple’s versions to soon follow in its footsteps.

With augmented and virtual reality showing no signs of slowing down, the Oculus Rift could realise the public’s interest in changing how they see their surroundings, allowing users to immerse themselves in an in-depth world of video games, movies and social media that’s a promising sign of things to come.

What will the future of wearable tech look like?

So, with wearable tech showing no sign of slowing down, it’s clear that companies will find new, innovative ways to help improve our lives. Below are some areas we may be heading towards in the future: 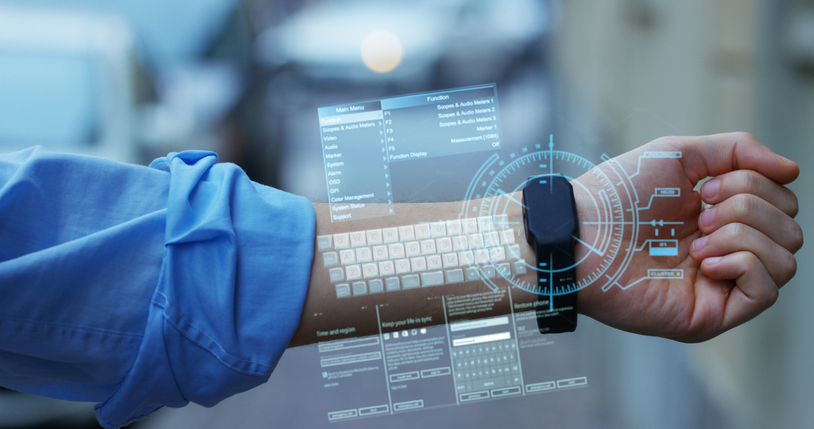 Our timeline has shown that as wearable tech develops, their presentation becomes slicker and less conspicuous. It makes sense that future wearables will become less visible, hidden away from view and with a greater focus on performance and efficacy. We’ve also seen safety wearables that look like regular unassuming jewellery, such as rings and necklaces that serve to alert friends and family if you’re in danger.

Where processing power and internet connectivity are involved you can bet that short battery life will be an issue too. As a result, some developers are looking into alternative battery sources. Energy harvesting, one of the more popular methods, seeks to convert body heat, solar energy and even our bodies’ own movement into battery life.

With the popularity of Fitbit and the Apple Watch, it looks as though we’re making a move towards wearable devices that monitor and solve medical problems. Currently in development is an artificial pancreas for diabetics that can monitor blood sugar levels and automatically supply insulin.

Others in the medical industry are looking into creating wearables that can be embedded underneath the skin. Such innovations would allow users to track different types of medical activity such as blood analysis, the effects of drugs, and a number of other vitals. While this could be a way off, the potential to change many peoples’ lives is an exciting prospect.

Different Cloud Platforms Compared: Which is Right for Yo...
Read More
How to Prevent Phishing: What Business IT Leaders Need to...
Read More
IT Recruitment Guide: How to Attract and Retain Top Talent
Read More
All blog posts