The Evolution of E-Waste Recycling

The world produces more than 40 million tonnes of e-waste every year, an enormous number by any reckoning. But as large as that figure may be, it’s beginning to be offset by both the increasing methods of e-waste recycling and consumer awareness as to the importance of environmental responsibility.

But how exactly did the recycling of e-waste evolve to where we are today? Here, we’ll take a look at the milestones and developments that have marked the e-waste timeline over the decades, showing how the various methods, approaches and legislation have progressed throughout its brief history.

Touted by the United States Environmental Protection Agency as “the first federal effort to improve waste disposal technology”, the act established a framework for states to improve their solid waste disposal and set minimum safety requirements for landfills.

Though not specifically geared towards e-waste, the act came as a response to the change in the quality of living, which caused an increase in solid waste generation, and was clearly a foundation for the more specific electronic focus of future legislation that would follow. 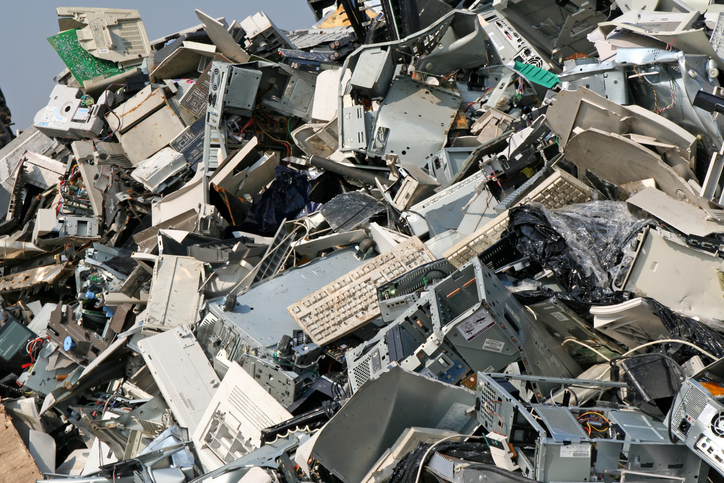 1976: The Resource Conservation and Recovery Act

Although electronic waste had been around in some form many years earlier, the need for the proper recycling of such waste only began in the mid-1970s. The first major piece of specific legislation to deal with e-waste came in the form of the Resource Conservation and Recovery Act (RCRA).

Passed by Congress on 21 October 1976, the RCRA amended what was decreed by the Solid Waste Disposal Act, setting national goals for the following:

Essentially, the law made it illegal to dump electronic waste in the United States, beginning the recycling of electronics and its associated industry as we know it in earnest.

A major turning point in the evolution of electronic waste recycling came in the form of the Khian Sea waste disposal incident. A Liberian ship called the Khian Sea was commissioned to pick up and then dispose of 14,000 tonnes of e-waste ash from Philadelphia. 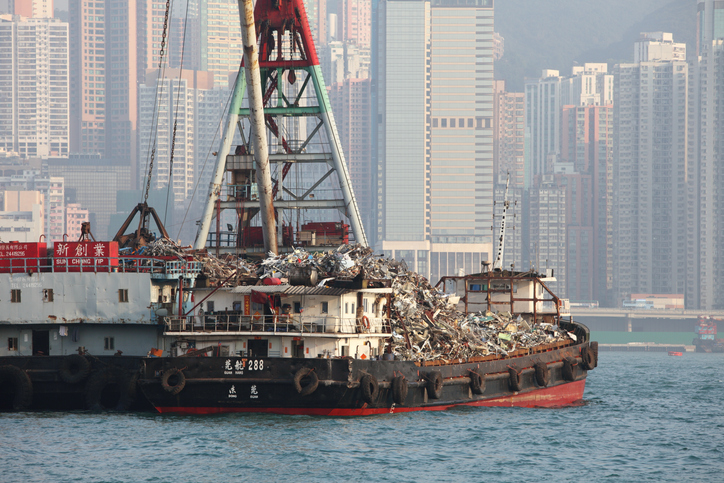 Attempts to send the waste to New Jersey were refused, as were similar attempts in the Bahamas. 4,000 tonnes of the waste ended up being dumped in Haiti, before attempts were made to unload the rest of the cargo in Senegal, Morocco, Yugoslavia, Sri Lanka and Singapore, under different guises in an attempt to hide its identity.

Eventually, the remaining 10,000 tonnes of waste were dumped in the Atlantic and Indian Oceans.

A similar incident followed two years later. The small fishing village of Koko, Nigeria, made international headlines when it was discovered that two Italian firms had arranged for the storage of 18,000 drums of hazardous waste with Koko residents. Disguised as building materials, the containers were offloaded into a local man’s vacant yard for $100 per month.

Upon discovery, Italian authorities insisted the chemicals, rather than being harmful, were simply coal tars, paint waste and industrial solvents. However, an independent analysis determined that 28 per cent of the waste contained polychlorinated biphenyl, a combustible that has the potential to produce a highly toxic compound called dioxin. 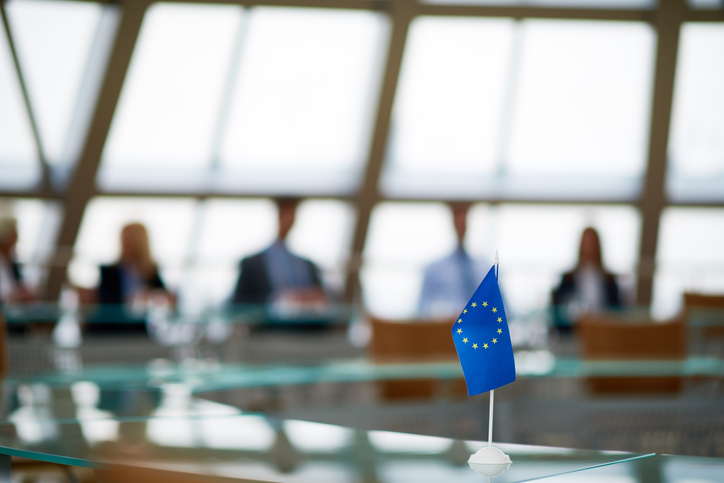 After both of the above incidents, examples of what is termed “toxic colonialism”, the public outcry was such that it led to the creation of the Basel Convention, an international treaty designed to reduce the movements of hazardous waste between nations, and specifically to prevent the transfer of hazardous waste from developed to less developed countries.

In 1992, the legislation was passed into law. As of October 2018, 186 states and the European Union all belong to the Convention. Additionally, Haiti and the United States have signed the Convention, though it has not yet been ratified.

Beginning with the collection of refrigerators in 1991, Switzerland becomes the first country to implement an electronic waste recycling system. This leads to the development of Swico in 1994, a voluntary co-operative system dedicated to disposing of waste equipment professionally.

To further public awareness, the London-based Royal Society of Arts unveiled a 7-metre tall sculpture titled WEEE Man on London’s South Bank, made from 3.3 tonnes of electrical goods, or the average amount of electrical waste one UK individual creates in a lifetime. It now resides in Cornwall’s Eden Project.

Exploring the History (and Future) of Wearable Tech
Read More
Different Cloud Platforms Compared: Which is Right for Yo...
Read More
How to Prevent Phishing: What Business IT Leaders Need to...
Read More
All blog posts