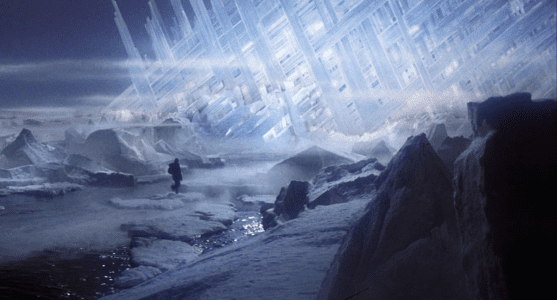 Referred to as ‘Superman memory crystal’, as the glass memory bears an uncanny resemblance to the once far-fetched technology seen in the fantasy Superman films of our childhood, scientists have taken a huge leap forward in the development of digital data storage that is capable of surviving for billions of years.

Researchers at the University of Southampton’s Optoelectronics Research Centre have managed to record and retrieve five dimensional digital data using a quartz crystal, with each disc able to hold up to 360 terabytes of data – that’s the equivalent of 22,500 basic iPhones.

“It is thrilling to think that we have created the first document which will likely survive the human race. This technology can secure the last evidence of civilisation: all we’ve learnt will not be forgotten.” Professor Peter Kazansky, Project Supervising Researcher

Through an innovative method of laser etching, copies of the Magna Carta, the Universal Declaration of Human Rights and the King James Bible have now been digitally stored on the remarkable coin-sized memory crystals made of nanostructured glass. Able to survive for billions of years at temperatures of 374 degrees Fahrenheit, at room temperature the crystal will virtually last forever it’s claimed.

Ultrafast laser was used to record the documents, producing incredibly short and intense pulses of light. The file is written in three layers of nanostructured dots, just five micrometres apart. These self-assembled nanostructures alter the way light travels through glass, adjusting the polarisation of light so that it can then be read by an optical microscope and a polariser, in much the same way that Polaroid sunglasses work.

Existing options are limited when it comes to the longevity and capacity of data storage, with companies having to back up their archives every five to ten years because of the relatively short lifespan of hard-drive memory. With the memory crystal’s potential to store an incredible 360 terabytes of data – that’s the equivalent of 75,000 DVDs, on one standard sized disc, this could be especially useful for organisations with large archives, such as museums and libraries, who would be able to safely preserve information and records indefinitely.

Whatever the future of data storage holds, responsible computer recycling is vital, if you want to keep your organisational secrets to yourself and your clients’ data secure. So if your company is one that is committed to the ethical recycling of its obsolete computers and technology products, make sure secure and environmentally friendly computer recycling that adheres to proper recycling regulations is part of your consideration, to ensure ultimate data security. It’s also important to be aware that companies are now legally obliged to safely dispose of potentially sensitive information in accordance with current security laws and the Data Protection Act of 1998. Be sure only to use a >computer recycling company that operates in accordance with, and preferably exceeds all government guidelines such as the WEEE Directive and the Data Protection Act.