E-waste. Do you know the shocking facts?

Even though most electronic waste is recyclable, the stark truth is that we are falling short of the mark when it comes to tackling the growing problem of e-waste. The United Nations University estimates that an eye-watering 45 million tonnes of computers, televisions, mobile phones and other electronic goods are thrown away every year. And this e-waste is ending up in landfills, when a large amount of it could and should be recycled.

Unfortunately, there are plenty more statistics, facts and figures which paint a damning picture of how e-waste affects the world for the worse. Here, we’ll detail the issues that contribute to e-waste and its effects, as well as the importance of ozone-friendly recycling with regards to computer equipment.

E-waste by the numbers: The growing problem highlighted 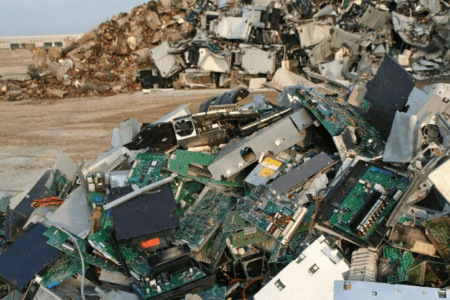 “There is no such thing as ‘away’. When we throw anything away it must go somewhere” – Annie Leonard 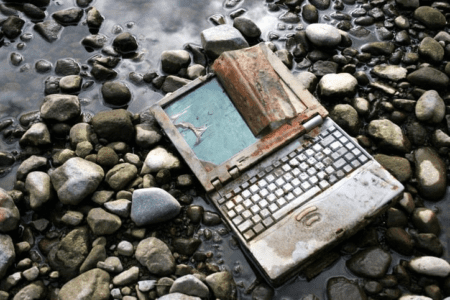 How does planned obsolescence affect e-waste?

The issue of planned obsolescence only adds to the problem. Ever wondered why your mobile phone just happens to die on you just as your contract is about to run out? Or why your TV becomes obsolete as soon as the bigger, thinner model appears? Well, that’s because they were designed to do that.

The cost of trying to keep up to date with the latest tech not only takes its toll on our pockets. The speed with which new models go to market, along with the regular stream of updates and improvements, lure us into buying these products, creating huge amounts of electronic waste. All of this means there’s a pretty big environmental cost too.

So, what can be done to avoid planned obsolescence and reduce the problem of e-waste? At a grassroots level, we can opt for brands whose products tend to last longer, and demand products at shops with a longer service life, longer warranties and with guaranteed spare parts. Elsewhere, properly recycling our electronic waste and demanding manufacturers eliminate dangerous substances can also help.

While this may seem easier said than done, or even ineffectual, it’s worth noting that France has recently put strong measures in place to reduce planned obsolescence. If the practice knowingly continues, then businessmen face prison sentences, while companies will be liable to fines of up to €300,000.

What does e-waste have to do with ozone damage?

“After one look at this planet any visitor from outer space would say ‘I want to see the manager’” – William S. Burroughs

As well as chemicals such as mercury, lead and cadmium leaching into soil and groundwater, contaminating food and water supplies, e-waste, when burned rather than recycled, emits toxic gases including carbon dioxide and sulphur dioxide that lead to air pollution, furthering the depletion of the fragile ozone layer that protects us from the sun’s harmful UV rays.

Because of this depletion, we have global warming which can create drastic changes in the climatic patterns of the planet, as well as increasing incidences of skin cancer, premature ageing of skin and cataracts.

Fluids typically found in heating and cooling appliances, such as fridges, freezers and oil-filled radiators manufactured before 1994 are likely to contain ozone-depleting substances such as CFCs and HCFCs. Other common hazardous substances found in e-waste include:

How important is ozone-friendly computer recycling?

“Recycling is more than just a response to the environmental crisis and has assumed a symbolic role in beginning to change the nature of western societies and the culture of consumerism” – Matthew Gandy, Recycling and the Politics of Urban Waste.

A commitment to secure computer recycling will reduce e-waste and keep your data safe.

It’s also important to be aware that companies are now legally obliged to safely dispose of sensitive information in accordance with current security laws and the Data Protection Act of 1998. Be sure only to use a computer recycling company that operates in accordance with, and preferably exceeds all government guidelines such as the WEEE Directive and the Data Protection Act.

For more of the latest news, guides and features from the CDL team, click here to visit our blog. If you’d like to find out more about our IT disposal solutions, visit our homepage or call our team now on 0333 060 5623.