Did the Jetsons actually predict the future? 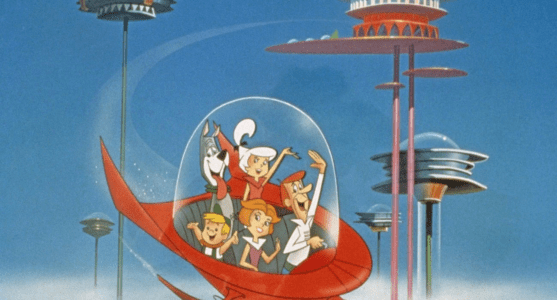 Nearly 55 years ago, the futuristic cartoon family ‘The Jetsons’ made its debut on American TV. Looking back now, how many of the wacky ideas about what the future would look like and the technology we’d be using have actually come true?

From flat screen TVs and video calls, to robotic household help, 3D food printers, drones and smartwatches, the Jetsons had it all. George Jetson, his son Elroy, daughter Judy and wife Jane lived in the year 2062, but right here in 2017 we’re already living with this technology, so maybe by the time we reach 2062, we might just have achieved all the amazing technological advances that the Jetsons enjoyed, such as flying cars, floating cities and vacuum tube transport, where we’d hurtle through a tunnel that the air had been sucked out of at up to 2,500 miles per hour. This would mean a journey from North America to Europe would take just 60 minutes, rather than 6 hours by plane. Teams in the U.S. and China are reportedly working on such a concept, so watch this space…

And AeroMobil, a Slovakian company, is actually planning to start selling its flying car creation this year, although how many of us will be able to afford one is another matter. The expected price is said to be hundreds of thousands of Euros.

A team of young Japanese engineers also has its sights on launching a flying car in time for the 2020 Tokyo Olympics. ‘Skydrive’ is fitted with three wheels, a motor and four rotors, meaning it can take off vertically from a public road with no need for a runway.

“Our vision is to initiate a new era [in which] everyone can fly freely. We are developing the world’s smallest flying car with vertical taking off and landing (VTOL) system and it can fly anywhere and anytime” Tsubasa Nakamura, Engineering Team Leader, Mikawa in Aiichi Prefecture

In the Jetsons’ 2062 existence, it’s implied that humanity lives in the skies because the ground has become far too polluted to support terrestrial life. Right now in 2017 we know how real the threat of climate change is and the damage it could have on ecological systems, animals and plant species, meaning we may too have to flee for the skies if we don’t get the situation under control.

“If future generations are to remember us more with gratitude than sorrow, we must achieve more than just the miracles of technology. We must also leave them a glimpse of the world as it was created, not just how it looked when we got through with it.” Lyndon B. Johnson, 36th U.S. President

Avoid a future full of e-waste and keep your data safe with secure computer recycling. As technology advances into the future, there will potentially be millions of new devices that will need to be recycled, as well as updated and kept safe from hackers, so the importance of responsible computer recycling has never been more vital, if you want to keep your personal and organisational secrets to yourself and the environment habitable. So if your company is one that is committed to the ethical recycling of its obsolete computers and technology products, make sure secure and environmentally friendly computer recycling that adheres to proper recycling regulations is part of your consideration, to ensure ultimate data security. It’s also important to be aware that companies are now legally obliged to safely dispose of potentially sensitive information in accordance with current security laws and the Data Protection Act of 1998. Be sure only to use a computer recycling company that operates in accordance with, and preferably exceeds all government guidelines such as the WEEE Directive and the Data Protection Act.