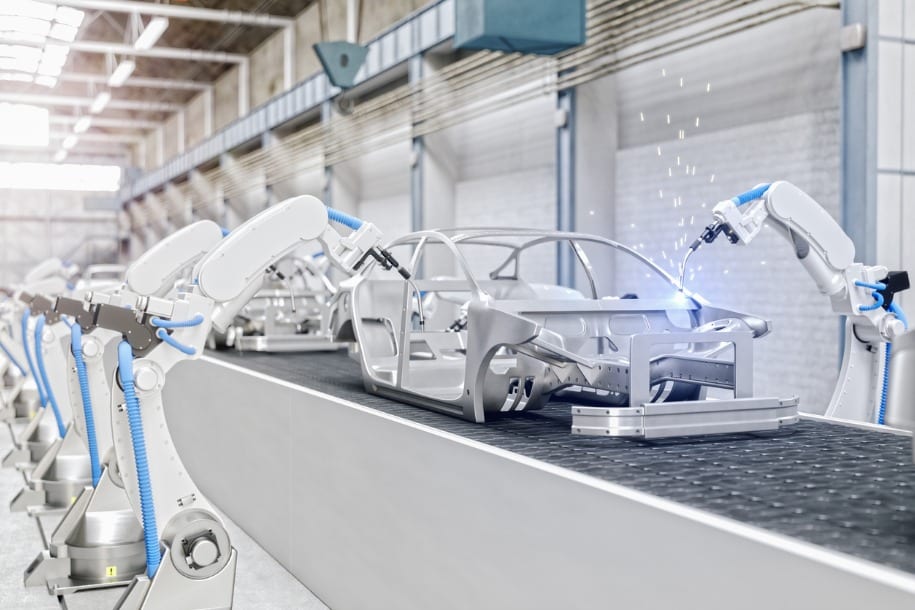 Could robots take our jobs? It seems like a question from a science fiction website but with the rapid advances in technologies such as AI and Machine Learning, it might not be as far-fetched as you think. Automation technologies already play a huge role in everyday life and their potential for the workplace is enormous.

Will we be a globally unemployed workforce with a handful of people at the top reaping the rewards? Don’t panic, the situation isn’t that black and white and very few roles will be eliminated in the next decade, but many jobs will be affected in one way or another. We’ve done a speedy roundup of the skills that seem safe from automation.

Making a computer-related job number one on a list of positions that won’t be overtaken by computers may seem a little counterintuitive, but the field is growing so rapidly that the role will be safe for a while yet. Software engineering and development requires time, skill and investment and the technology is advancing so quickly that no sooner had the code been written for a software developing bot, you’d have to start again. The truth of the matter is, the more we rely on automation, the more we’ll need the developers to implement and manage the systems.

Doctors, nurses and healthcare workers seem pretty safe from automation. Doctors work to build trust with their patients, something that simply couldn’t be replicated by machines. A report from McKinsey revealed that fewer than 30% of nurse’s daily tasks could be replaced by machines. Essentially, if you wield a stethoscope on a daily basis then you’re almost certainly safe. 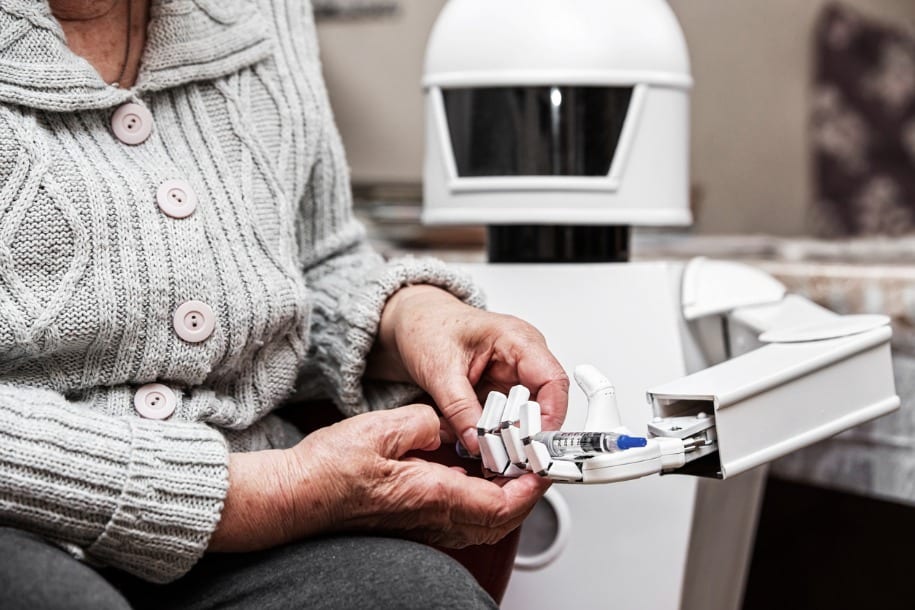 There are roles that need a human touch and, as the name suggests, Human Resources Manager is one of them. HR managers are often the ones to deal with interpersonal conflict in the workplace and need to use reasoning and nuance to resolve situations. The workplace is slowly but surely becoming a place where employees can expect support and help, and the field of HR management is only expected to grow.

It’s hard to picture a scene where an AI system mounts a robust defence in a court of law. While AI will be used increasingly to aid the research in a number of professions, the legal system is too complex and nuanced to be left to a machine. It’s also a stretch to imagine a court case where a jury will side with a machine over a living, breathing human being. The legal system needs people on hand who can understand the nuanced laws and present them convincingly in a court of law. Solicitors, you’re safe.

Another computer-focussed position that needs a human touch, a computer systems analyst, is likely to be around for many years yet. The role is actually growing in size and importance and, the more we use computer systems, the more we need the people-power to support them.

From writers to photographers to graphic designers, it seems unlikely that creative positions will be overtaken by machines anytime soon. While AI can already proofread work and suggest prompts, it’s improbable that it will ever be able to create works of art, scripts and books. These skills rely on the creative, right side of the brain while automation’s strength lies in methodical, analytical processes. 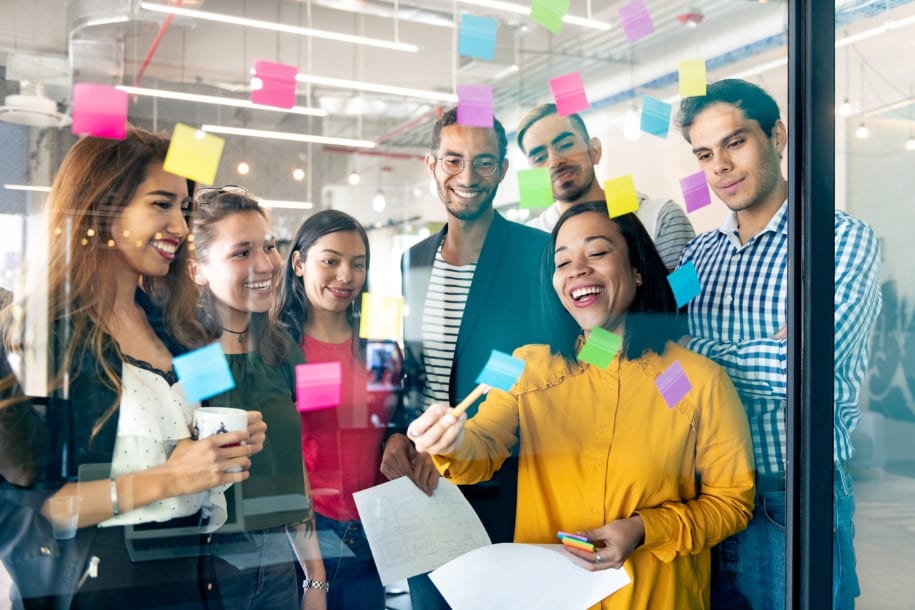 These days, schoolwork is increasingly digitised, from online classes to homework submitted to the cloud, machines are undoubtedly changing the way children learn. But, will computers eventually replace teachers? The answer is no, almost certainly not. Teaching is all about sharing learned experiences and interacting with different students in different ways to achieve the best results. Also, can you imagine a robot effectively quietening down a group of rowdy teenagers? Us neither.

It’s almost impossible to automate leadership. It’s a skill that doesn’t come naturally to lots of humans, so it follows that creating it artificially is particularly tricky. Even a little lower down the hierarchy, there will always be a need for those who oversee, whether they’re managing personnel or software. In factories, for instance (a place where people are losing their jobs to machines as we speak), there is still a role for supervisors. Chief Execs, in particular, inform strategy, mission, objectives and maintain complex relationships. In short, managerial roles are going nowhere.

Event planning is on the increase. Whether planning a company trip or an industry exhibition, event planners have a wide-ranging list of responsibilities. The role entails coordinating with vendors and contractors, potentially changing plans at the last minute and firefighting any issues mid-event. This role needs the subtle understandings of a human brain, computers, for now at least, are a long way from replicating this level of intellect.

There are some roles that whatever the advances of machine learning in the future, can never replace people power. Counsellors and social workers most definitely fall into this bracket. People in need of counselling services are looking for professionals who can listen, empathise and provide emotional support and advice. It’s hard to imagine ever getting this from a robot. Jobs that rely heavily on interpersonal skills look safe for a long while yet.

And the unlucky number 11? Taxi drivers.

Many car companies are promising that self-driving cars will be on our roads before the end of the year, with Lyft co-founder, John Zimmer, predicting the majority of their journeys will be in autonomous vehicles by 2021; Uber predicts the same by 2027. In fact, according to technologists and car companies, driver-less cabs will be thoroughly commonplace within the next 15 years. But, if you’re worried that the same is about to happen your industry, don’t panic, this has been a long time in the making:

So, do you feel relieved? Was your job role one of those listed or not? The truth of the matter is, we’ve always had an outside fear that machines are going to replace us. During the Industrial Revolution, people felt largely the same, but back in the early 19th Century machines simply increased productivity which raised demand and allowed companies to grow. The likelihood is, your job isn’t going anywhere but you may be able to give away your most mundane tasks to free you up to do the other things. It’s also possible that your role will change and grow, there are jobs now that simply didn’t exist 20 years ago. Watch this space, the future is exciting.

For more of the latest news, guides and features from the CDL team, click here to visit our blog. If you’d like to find out more about our IT disposal solutions, visit our homepage or call our team now on 0333 060 5623.

Exploring the History (and Future) of Wearable Tech
Read More
Different Cloud Platforms Compared: Which is Right for Yo...
Read More
How to Prevent Phishing: What Business IT Leaders Need to...
Read More
All blog posts